This radio Auto-DJ app is in beta stage.
Pick a video you want to play on the music video playlist below.
All the music videos will autoplay and non-stop until all the videos are finished!
More features to come soon!

Hmmm, it looks like that video is not available anymore...
Let me play another video for you. 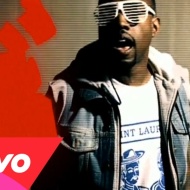 These videos are collected and we hand-picked these to share with everyone.
No copyright infringement intended. These videos are here to help artists get their great musics be discovered.
Copyright goes to the artists and none of these videos are hosted on this site.